Sometimes it may happen then the password is lost, forgotten or just doesn’t fit. The situation can be fixed on such a way:

There are two passwords - from OS (in the command line interface) 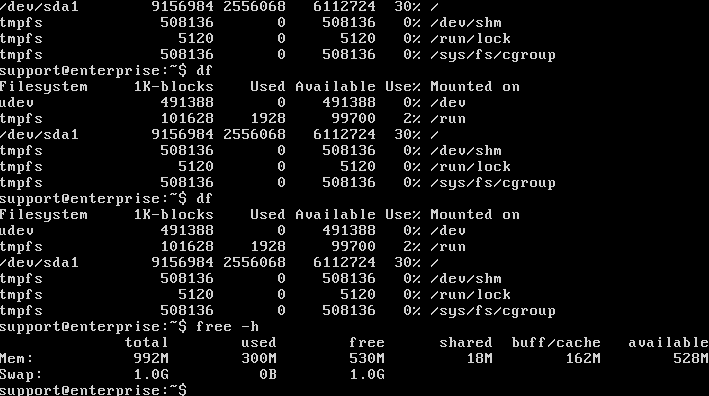 and the password from the web interface where you work with StaffCop.

There is a number of ways to restore lost OS password, the easiest way is to boot from the same disk you used for installing the system and to reset it with the tools of the installer.

Boot from the boot image and chose /”restore the system/” in the menu. 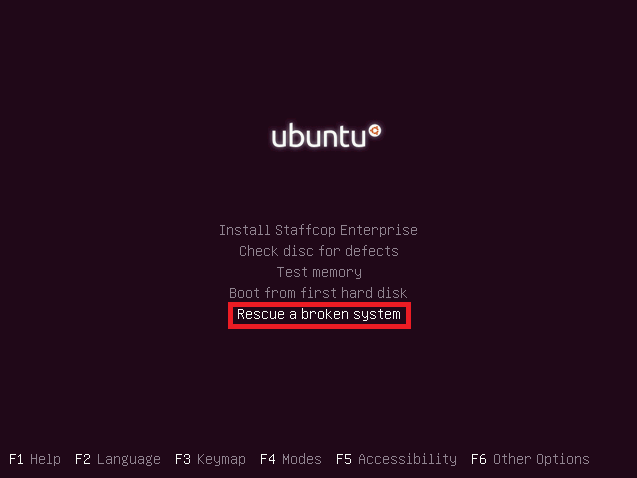 follow the tips of the installer until you enter the console.

then run the command

if you don’t know your user name you can learn it in such a way:

your user will have id 1000 and higher and will be situated on the lowest line.

those with id less than 1000 are situated higher as they are the system users, they require no changes.

It will be the new password from web console admin