Starting with version 4.3 Staffcop Enterprise has a built-in ability to enable the new Clickhouse database.

In practice, the hybrid mode allows you to achieve outstanding performance even on databases with hundreds of millions and even several billion entries. In our first pilot project, the speed of working with real data in some cases increased by 50 times.

By default, StaffCop Enterprise works in the usual mode, using the Postgresql database, to enable the new database and work in hybrid mode, starting with StaffCop Enterprise 4.3, you need to run the command for enabling the new mode in Linux command line

The installation script will download a new Clickhouse database from the Internet and install it in the system. Then it will start the process of migrating the necessary data from Postgresql to Clickhouse.

If you see lines with the output

This will mean that the Clickhouse is installed and works.

After that an additional menu of switching database mode in the interface will open: 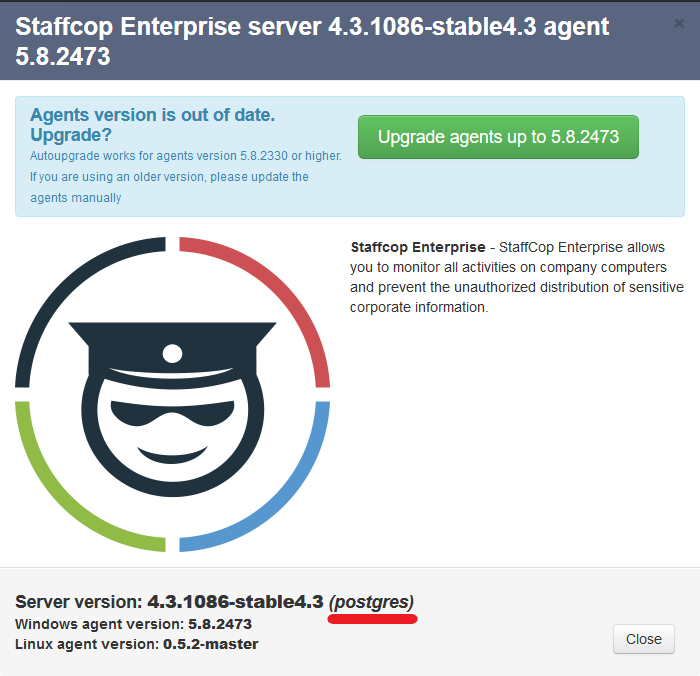 Also in Menu -> About, you can see that the current database has changed from Postgresql to Clickhouse. 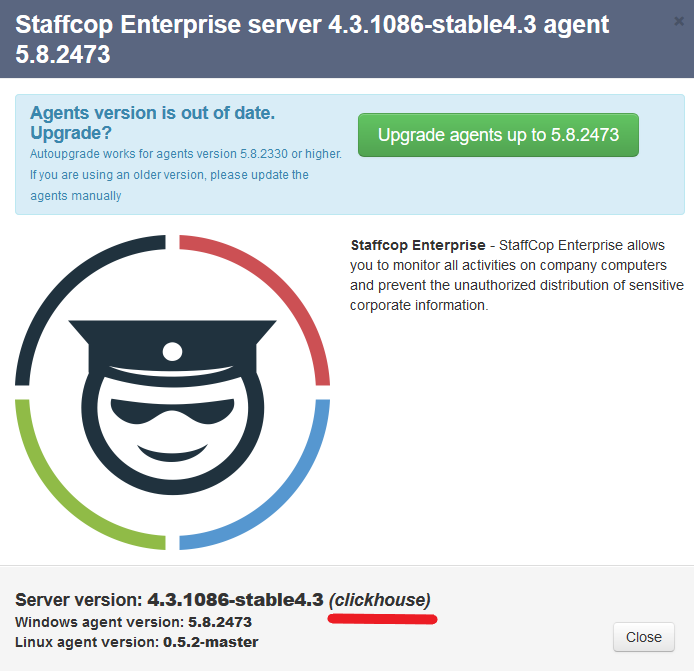 It should be understood that for large databases (from 10 and more GB), the migration process to operation hybrid mode can take considerable time, from dozens of minutes to several hours, at this time events and reports may not be displayed in the web-based admin interface.

Specify the amount of memory you want to dedicate to StaffCop, in bytes.

To completely remove the database from the system - you need to remove the Clickhouse package.

If the connection to the Clickhouse database is lost, StaffCop Enterprise will work with Postgresql.